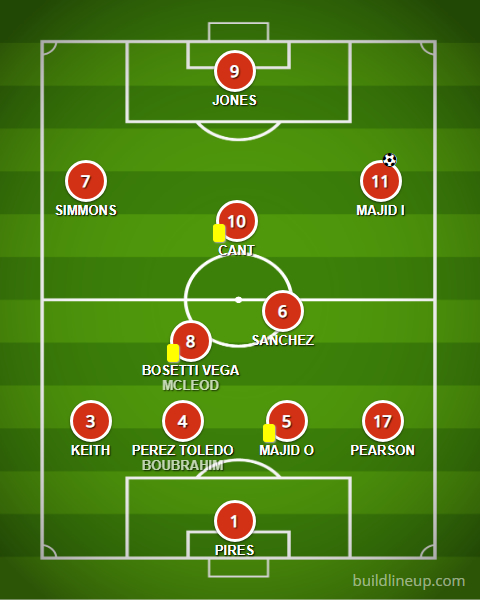 It was a cold morning in Getafe. FCB turned up to find Jorge in the car with some regetton blasting clearly enjoying himself. A good warm up and the boys were ready to go. Jorge, Omar, Rama, Ricky and Ed comprised the back line. Codename Kante, Calum, Luigi, Joe and Ish made up the midfield and Lewis was up top.

The game started and the men in red were aggressive, physical and hungry. The long balls were one area they were out done. Switching it wide to Joe was effective and Kante and Calum were pulling the strings. Chances came and went for both teams and no one could break the deadlock. The pressure built and built on the home side as FCB produced some pressing Jurgen Klopp would be happy with. This resulted in the keeper clearing poorly, ish pounced on the ball like a kitten on a ball of string and slotted the ball in the middle of the net.

The half-time talk was positive, the boys were happy and it was decided, more of the same. Play continued and Rami was deriving copious amounts of pleasure from some slick passing from codename Kante. The occasional moan or grunt was easily heard. A zealous challenge 30 yards out gave piscina their best chance so far and a good strike, deflection off the wall and it was in the net. 1-1. Rami took Luigi off for Macca and went more or less with three at the back. Ed and Ricky were blazing forward with purpose. The crossbar was struck twice and Ricky almost scored a duplicate of his previous goal against the same team last season. Piscina broke and played a pinpoint pass between Macca and Ed, a nippy striker slotted it passed Jorge. 2-1.