FCB returned to winning ways this past Saturday against Bar La Piscina after last week’s stalemate in the Sex Toys Arena. The boys-in-red lined up on their home pitch with a very talented starting eleven, despite missing two key play-makers in Mathias and Fab.

Rami opted for strength, poise and height in the back, choosing Ricky, Omar, Rama and Harry to counter what was sure to be some tricky play up front from the opposition. Matt, Alejandro and Calum featured in the centre of the pitch. Now there are three lads with a keen ability to switch up play and turn the key to our hearts. The front three saw Ed and Luigi on the wings and Joe now-you-see-him-now-you-wish-you-hadn’t Simmons as centre-forward. And who could forget our very own Jorge Pires in goal. Not me! Not I…? Not I! 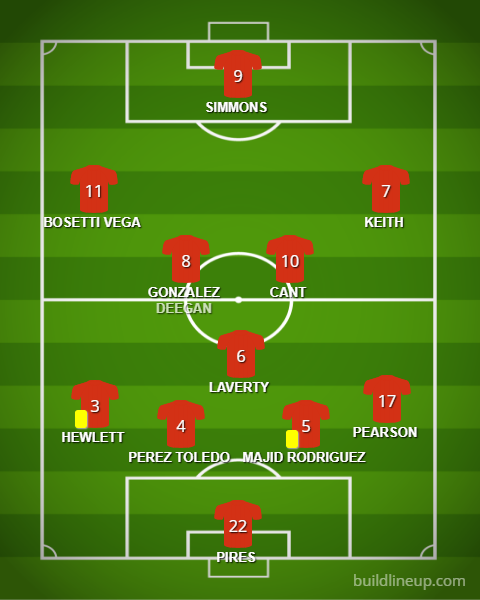 From the very first minute, FCB showed its defensive prowess, foiling any chances that the opposition had in its half. Part-time fashion models Omar Majid and Rama Pérez Toledo made some brilliant tackles to let those boys know that if they wanted a shot on goal, it wasn’t going to come through the middle. And aside from a couple corners inside the first twenty minutes, Bar La Piscina created no problems for Pires.

As the half progressed, FCB looked the most threatening. The full-backs and wingers made great use of space to spread the opposition’s defence and create chances along the wings. Two injuries for the opposition also broke up play and gave FCB a psychological advantage. With under five minutes left in the first half, the ever-more-brilliant Calum Cant swiped a ball from the feet of the Bar La Piscina centre-back, dodged another hapless defender and slotted in a beauty past the keeper to make it 1-0 to the home side.

The second half saw few changes from either team. As Bar La Piscina now had to make up a goal, they looked somewhat keener on playing the game in lieu of their tactical time-wasting theatrics. Nevertheless, FCB stuck to its game and held Bar La Piscina from creating any serious chances on goal. With fifteen minutes left, Rami made his only substitution of the match, introducing FCB’s second-most-bald player, Cian Deegan, for Alejandro. Despite hearing Rami whisper to Graeme “He’s nowhere near as good as Alejandro but we need some fresh legs in the midfield to see this game out” Deegan’s confidence couldn’t be damaged, and he joined FCB’s first-most-bald player, Matt Laverty, in the midfield as the boys held off Bar La Piscina for a massive 3 points.