Brits Stutter to Win Over The Fru

FC Britanico were back in action on Saturday against Clausura Plata winner Chiquifru. In what was almost a repeat of last season’s infamous gaffe, new American signing Michael almost forgot the kit and had to taxi back to retrieve it leaving the lads precious little warm-up time. Added to that was the absence of star goalkeeper Jorge who had apparently been working until 3am. Rami was not amused by either of these things and sent the following 11 players out to get a result 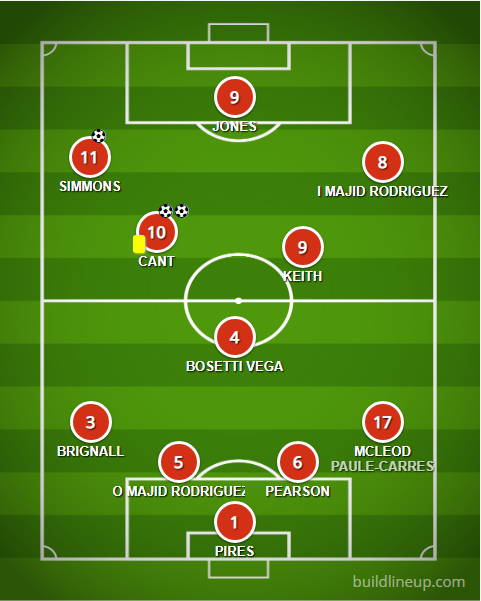 Despite the poor preparation, the first half an hour was decent from an FCB perspective and there were some nice touches before Calum raced through the Fru defence and slotted nicely past the keeper with the outside of his right foot. Against a well-drilled side with a couple of good players though, the boys got complacent and started dwelling on the ball and rushing into tackles in frustration. From nowhere the home side equalised after their left-footed midfielder gobbled up a rebound following a long ball which wasn’t picked up out of the glaring sun by the defence.

Disaster struck just before the half as Chiquifru went in front. Again a long ball into the sun caught the boys off guard and allowed the Fru striker to hammer past Jorge who had to make a string of saves as the lads in yellow tried their luck from range.

Despite going in a goal down, the outlook was calm and measured (for once) as all agreed that to get the vital three points fewer touches in midfield and greater awareness in defence were required. The Brit midfield, however, toiled for some time and failed to switch play with enough speed on a very narrow pitch before an equaliser was found courtesy of veteran frontman and occasional scorer Mr S who latched onto a nice ball by Cal.

The winner would prove just as elusive as FCB relied on individual quality rather than tactical nous and patience to bag them the win. In the end, an overlap from right-back Ed saw him collect a ball from Ish and float a cross over to the unmarked Calum who maintained his calm to slot over the advancing goalkeeper. The goal owed much to a dodgy offside decision from the ref, but the lads have suffered plenty of those against them in the past and didn’t feel guilty of collecting 3 (eventually) deserved points against a well drilled outfit.