Brits on Top in Spicy Encounter at La Elipa

The second round of the 18-19 Bunwer Apertura saw FCB play their first home game of the season against Carrozas at their new home ground at las Cocheras in the glamorous environs of la Elipa. Rami’s XI on the day was: 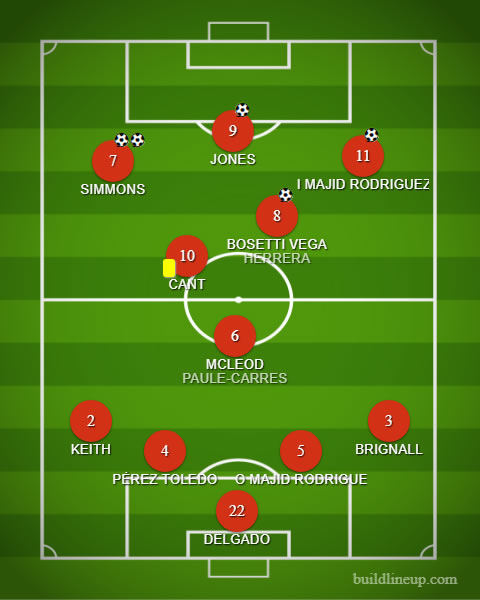 The first twenty minutes or so weren’t great from either side in truth as the lads tried too hard to force passes and turn the away defence before possession was under control. After new signing, and Gareth Bale lookalike, Lewis gobbled up a goal-keeping mistake to make it 1-0 from close range, the WD-40 was applied to the ring-rust and the home team started to click and play two-touch football. Two more goals followed before halftime as Luigi exploited space in the box to put past a non-specialist goalie who Rami had flagged to the lads before kick off. Then Ish did well to spot that the stand-in-stopper was off his line and neatly lobbed him from 25 yards to leave the score 3-0 at halftime.

After the interval, Macca came off to a standing ovation from a capacity crowd to be replaced by new signing Michael. The change of system that accompanied the substitution seemed to confuse the men in red. Concentration went the same way as calm as the ball was played forward from a Carrozas defender and allowed to bounce by the Brit centre backs leaving the opposition striker to swivel and bring the scoreline back to 3-1. In the intervening period before a smart, if somewhat scrappy, Simmonds goal made the scoreline 4-1, the Cocheras faithful on the terraces were treated to the perennial scrapping on the touchline and poor sportsmanship that tend to occur when these two teams meet. This time two particularly bellicose protagonists, one from each side, were the talk of the bar afterwards; one for being pushed in the back and retaliating, the other for having skin as thick as that of Donald Trump and refusing to shake hands.

Argy-bargy is never good for concentration, and when new signing Michael was deemed to have had his hands in the back of his opponent, Carrozas took advantage by chipping the ball over the wall and into Jousé’s net with relative ease to make it 4-2. Further changes arrived at this point with José coming on to replace cramping man of the match Craig for the last 15 minutes or so, before FCB nerves were eventually settled after some wasteful finishing when Ish was awarded a penalty for a clear foul in the box which Mr Simmons slotted to make the final score 5-2 and avenge the embarrassing draw from last season’s Clausura.