An 11am kick off in Vallecas saw FCB take on title rivals Bar Castilla’s. The lads knew that a result against their longtime rivals would take them a step closer to the elusive Clausura title. The XI selected by Rami to do the job were: 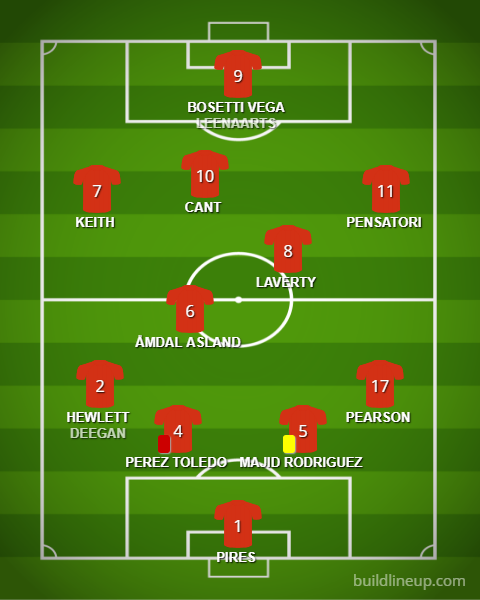 The away side were replete with quality, several of the men in fluorescent yellow had not been seen playing in the Bunwer league before and reportedly played as high up the Spanish football pyramid as Segunda B. Their quality showed straight away as they were able to two-touch their way out of intense early pressure applied by the Brits. The away side enjoyed the majority of possession in the opening exchanges but only really threatened once from a corner. Though the reliable Brits defence was keeping up its side of the bargain in the early stages, their attack was failing to create openings at the other end.

Something had to give in this clash of Bunwer titans, and it duly did as ironically a decision by the referee not to blow for offside led to a goal against the men in red. In the eyes of the man with the whistle the opposition striker had beaten the offside trap and despite Ed getting back to narrow the angle he cleverly chipped the ball between defender and goalkeeper for his strike partner to tap in from close range. The next chance of note was to be the home side’s best of the game as Luigi got in behind and managed to smuggle an effort over a diving defender and onto the bar. Following up, Ed could only direct his shot against the keeper from a tight angle and from the second rebound Ricky blazed over. Heads in hands all around!

1-0 at halftime, but the lads went in positive and kept believing that their chance would come.

The start of the second half saw Britanico’s best phase of the match, and briefly, they were camped in the opposition half having their probing attacks repelled by their experienced opponents. The game changed however when Omar bundled over an opposition midfielder in the box with his back to goal. Some might have called it harsh, others deserved, what was certain though was that it was a needless challenge and that the referee pointed to the spot. The left-footed midfielder picked himself up and duly slotted past Jorge to make it 2-0 to Castilla.

Things were only to get worse from here as Majid’s men grew increasingly desperate and started to run out of ideas and possession. The final goal of the game came as Rama took out the opposition striker in the box giving away another penalty and was sent off for his troubles for being the last man. Again, the red card was somewhat harsh in this observer’s opinion, but the outcome 0-3 to the away side was no more than their assured possession and calm demeanour deserved (apart from their coach who made sure that for once that The-Most-Disgruntled-and-Animated-Manager-of-the-day Award™ didn’t go hands down to Rami).

Despite bringing on Bruiser, Big-D and new signing Ronald, the men in red could not salvage anything from a game in which they were outclassed. No room for error now as FCB have to win all 4 of their remaining games to be crowned champions.