This week saw FC Britanico back in action in the Bunwer League Clausura tournament at the glamorous setting of a rain-drenched Coslada. The opposition were Bar Castilla (aka Fausto’s) who are always tough opposition and have signed a number of new shiny players for this year’s campaign. A tough assignment with which to get back on the proverbial football horse for the lads after their shock defeat at the hands of Mahou last Saturday.

After some stirring words from the gaffer about how seriously he likes to watch films (spoiler alert: he takes them seriously when he watches them. He makes sure he understands the plot, appreciates the acting, makes a considered appraisal of the lighting, the cinematography etc etc. Doesn’t f**k about with his football management either) the eleven boys chosen to take to the pitch were: 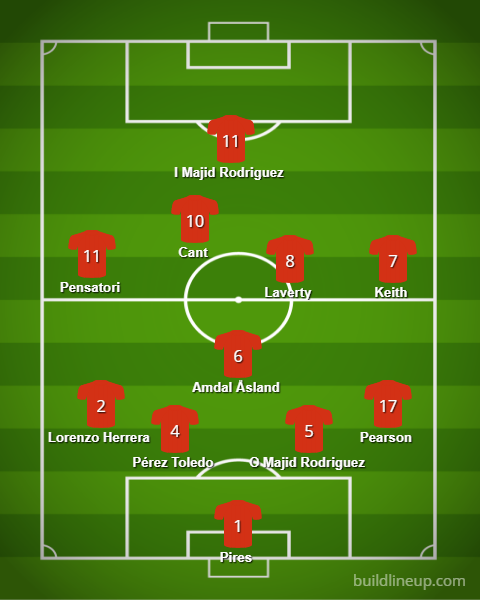 The heavens had been opened since long before dawn, and the ratcheting up of the inclement weather from rain to hail shortly after the first whistle seemed a portent of calamity sent from the land of grey horizons to put a hex on Castillas’ performance on the day they faced younger men used to such conditions. Immediately FCB were on the front foot with clear communication, positivity of intent and individuals rising to the occasion by putting in tackles, moving well off the ball, and in the case of occasional goal-scorer Ed, lashing a drive into the top corner from 25 yards after ten minutes without celebration to put FCB 1-0 up and set the tone for the morning’s football. The second goal wasn’t long in coming, and after good work down the left, the ball was squared for Calum who got in front of his marker and bashed the ball into the net off the crossbar for a thoroughly merited 2-0.

The two early goals restored some of the confidence lost from their previous match and FCB started to play with some dynamism and started to trust the touch of the man receiving the pass. Defensive midfield linchpin Fabian, who had admirably clawed himself off his deathbed after a severe case of man-flu in the week, shone in this period and showed no signs that he would be giving any quarter to his technically adept opposition. Goal three duly arrived with half-time approaching as Matthias cut back onto his right foot and looped a cross into the box where Ed was inexplicably unmarked to glance a diving header into the bottom corner and spark cries from the bench of “where have you been keeping that?!” “I didn’t know you could head a ball!” and “What is going on here?!”.

Britanicos took a deserved 3-0 lead into the pavilion at half-time but knew that they would have to strangle all hopes of a come back from their wily opponent in the first ten minutes of the second half. That’s just what they did with key interceptions, headers and fifty-fifty balls won and defensive shape maintained. The opposition had not managed a shot on target in the first half despite their illustrious strike partnership, and they got no nearer to troubling the young man from Carabanchel between the sticks in the first 20 minutes of the second half.

Ishmael, making a welcome homecoming trip from London, was starring up front and making life very uncomfortable for the Castilla defence, and he did very well to set up a fourth goal for SC after the hour mark with good harrying. Then, despite the dominance from the men in red, the next goal came against them from a lack of concentration at the back which allowed a previously isolated opposition striker to round Jorge and bring the scoreline back to 4-1.

There was no hint of panic however as Rami was able to make changes, with Luigi, Macca and Sam entering in the closing stages and Calum helping himself to another hattrick after good pressing and expertly putting the keeper on his arse. 5-1 the final score and both the opposition and the referee looked relieved to have been put out of their wet misery five minutes early. A terrific way to respond to the disappointment of the Mahou game and go some way towards cheering Rami up.