Living in a lockdown

Although life now is far from normality, the hope and dreams of playing at La Elipa under the lights still pushes the Británico boys on. Whether leading a more relaxed and calm life for the moment during quarantine, maintaining work levels with normal routine or teaching online via hangouts or zoom, or drinking all day like EQ, the boys remain united and connected, one unit, one big family. It does not matter where in the world they may be, Madrid, Mallorca, Manchester, Milan, the boys still work as a pack, bringing light to these dark times. 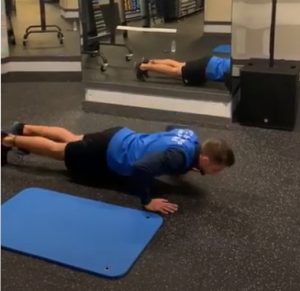 With messages streaming into the group chat throughout the day, the boys have kept sane in an array of different ways. First, the lockdown workout videos have been a fun yet challenging way for the FCB boys to push themselves and maintain fitness. Making their own individual videos, the squad have uploaded weird and wacky challenges sporting their new quarantine hairstyles, and even cross-dressing from Rama who smashed his exercise in a sultry dress. It’s even made an internet sensation out of Jimmy Jones who has become the Joe Wicks for old people, teaching them how to sit down and has even starred on BBC Radio Wales spreading awareness about staying active during quarantine (at least I think that’s what he was talking about, I don’t speak Welsh).

Surprisingly for a load of footballers, reading has been a massive pass time with the Británico Book club chaired by Carlum Carnt and John Jarrett recommending all the footballing biographies and autobiographies to dig into. With classic literature works such as the BFG by Per Mertesacker and even lesser-known autobiographies about lesser-known players like Roy Keane, the boys have been keeping themselves busy learning new words and terms like ‘defending’, ‘zonal marking’ and in Lewis Jones’ case ‘passing’ a concept he is eager to put into practice.

Another part of the new norm of living in a lockdown is complete knowledgeability about all possible players team stats and facts to do with football with the boys doing guess the player quizzes, dream teams,  quizzes about David’s that have won the premier league and many more. Interspersed with these football quizzes is an occasional old photo of manager Rami reliving his glory days, out on the pitch wearing Británico colours. 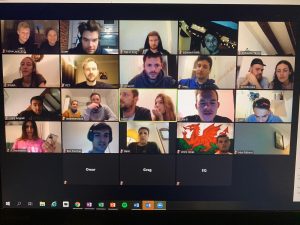 But probably the highlight of the FCB week is seeing all the boys together for Friday quiz night which involves drinking, general knowledge and a whole lot of laughs. From topics like Spanish Grammar to hats to beer knowledge, the boys are now quiz masters with a special shoutout to continuous top performers Tap-in king, Pantherz and Joe B.  With difficult questions like does 0.99999… equal 1 and who is the Fa cup highest goal scorer making the boys think and curse we know that it is a good idea not to partner with the Welsh superstar partnership Jimmy and Lewis because they show it was ‘Wales, Football, School in that order’.

Whether it’s been squat challenges with defender Joe Simmons, welsh lessons with Jimmy, favourite drinks challenge for Graeme, botched hair dye experiments making you look like a member of NSYNC, emoji quizzes on the group chat, sports day with John and Osh, the lockdown definitely hasn’t stopped the boys being themselves in the massive family the is FCB, it’s helped with connection and solidarity within the team as everyone is there for everyone despite mick taking and jokes about Joe Simmons height. Heck, it is even calmed manager Rami down, because now he doesn’t have to stress about how long he keeps John on the bench for…. It’s not all doom and gloom.

So, with a new norm on the horizon, the boys eagerly wait with anticipation for the return of football, drinks and team togetherness. The title run awaits.