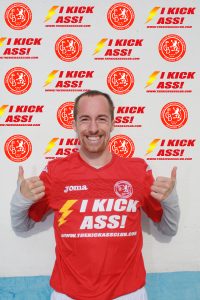 Zak took up the reins for the season 2014-2015 as player/coach and went on to become the most successful coach in FCB history to date. In his first season in charge he won 3 trophies guiding the club to the Liga Apertura championship and 5th place in La Clausara. For the season 2015-2016 he has stepped down to the position of assistant coach fdollowing the return of Lee Fletcher as head coach and will be on hand to assist Lee in hopefully another trophy winning season.